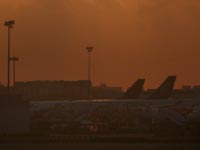 This is a shot taken at the same time as this one. I have a lot of good images that I want to post but ever since I have started posting again I have not been very organised. I need to sit down adn sort out my images. Hopefully I will get time for that on the weekend. 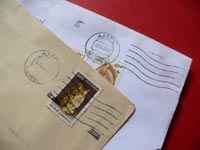 “So dad you are saying that when I send mail, it is first picked by a postman from the mailbox, then it is taken to a post office from where it goes to the destination post office and from there another postman delivers it to the mailbox of the recipient. But where is the time for it? How can they do it so quick because the mail is delivered instantaneously as I press the send button.”
“No, no. You got me wrong, I am not talking about the email, I am talking about real mail, a letter that is written on a paper... ” 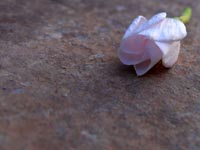 The heading is a line from "Madhushala" by Dr. Harivansh Rai Bachchan and it means that the welcome was not even over when the farewel started. This flower seems to have the same thing in its life, it's life ended even before it could start properly. This picture was taken in a park in Powai some time ago. I have got some more shots there that I will be posting soon. Some time ago I stopped blogging for a project. The news is that the project is on it's finishing stages and I hope to be back to posting images more regularly. 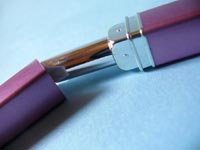 “Thanks but no thanks. I mean this is really nice of you but I don't realy think I would want the blood as a lip colour. It is not going to last as long as a lipstick and then the choice of colour would be limited to just one and not to mention the taste...”

He sat there patiently. We were afraid that he might cry but he didn't. He sat there with a bag in his hand and kept collecting the hair in it. He didn't cry but refused to look at the mirror initially. When asked where his hair have gone, he points at the bag containing them. You can check out more picture of his mundan at Flickr. 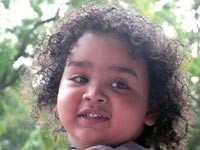 Manu has some kind of attracttion that draws people to him. People do turn around to take a second look at him and smile. I guess one of the thing that attracts people are his curls. A lot of people have asked us if these curls are natural. Today is the last day he will have these curls because today his mundan and his head will be shaved. 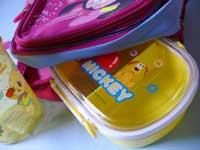 Manu went to school for the first time yesterday. Before he started school, we went to a shop to pick up some supplies for him. We bought a bag, a water bottle and a lunch box. Surprisingly all of this was for 250 bucks, which is a little more than US$6. It is not that what we bought is of poor quality. All these things are very nice but are quite inexpensive because they come from China. Slowly but steadily the Chinese have killed a lot of industries in India by selling at such low prices and I don't see it stopping either. Does it make me a terrorist to buy Chinese goods and be the reason of the demise of Indian products? Anyway, I have posted the detailed experience of Manu's first day at school. Do read it. 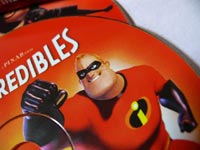 Although I am not too fond of the idea of wearing my underpants on my trousers, I stil sometimes wish to have some sort of super powers. Sometime I wish I could fly like Superman and sometimes I wish I could be invisible. Right now I wish I had the power to stop time. I have a few things that I want to finish but I am not able to do it in 24 hour days.

ello. I am back. I mentioned that I'd be back when I finish a project I am working on. Well, the project is not over yet but I found some time today to post this picture of a sunset taken at Chhatrapati Shivaji Airport just before we flew off to New Delhi last month. 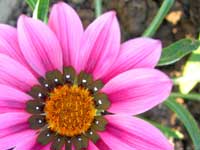 This picture completes the series of pictures by my brother. This will also be the last pictre on this site for some time. I have another personal project for which I am not getting any time. The only time I can think of is by taking a break from picturejockey. I am hoping that by the end of next week the project would be complete and I will be back here posting one picture a day.

When I went to Delhi last month, I borrowed my brother's camera for my trip to Nangal and I downloaded all the images on the card. Selected images from that is what you are seeing. Unfortunately most of the pictures on that card were taken in the garden of all the various flowers and plants there. I guess I should have asked him for some selected images to include a larger variety of shots. 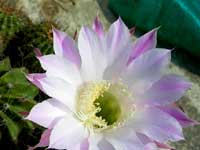 My brother got some cactus from his trip to Himanchal Pradesh a long time ago. We planted those on our terrace and one day I was really surprised to see a huge flower in one of them. Till then I was not even aware of the concept of flowers in cactus. When my brother got interested in these plants a few years ago, their number on our terrace have really shot up and the flowers in cactus has become a more common sight.

The title of this post reminds me of a song with the same title by Roger Waters in his album Amused to Death. Getting back to my brother. When he was in college, he met a photographer duo at the wedding of my uncle. The brothers had a studio that they used to run with their father. My brother learned photography there. He used to go there everyday and work in the dark room. I mentioned a few days ago that maybe my brother had that hobby at the wrong time but now when I think about it, I feel he was at the right place at the right time. The three photographers with whom he worked knew well about photography. If I want to do something like this and go to a studio, I am most likely to run into someone who can just about manage to take passport size photos with a point and shoot digital camera and print it out for you.

My brother and my father also share my passion for photography. Unfortunately when they were at a stage in their lives where I am right now, photography was quite an expensive hobby specially here in India so they couldn't pursue their hobby as seriously as I have been able to. My dad still uses a film camera and he never travels without it specially when he is visiting us and everytime he feels Manu is looking cute, he takes out his camera to take a picture. My brother has also bought a digital camera but I guess he is not as serious about photography as he was once. Now he has another hobby—gardening. He has a lot of plants in his terrace garden in Delhi and this picture was taken there too. 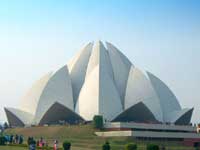 This week I am taking a rest, not from blog but from photography and I will be posting pictures taken by my brother. I will start with a picture of the famous Lotus Temple designed by Fariborz Sahba. This is a Bahá'í House of Worship made in New Delhi in the year of 1986. When it was built, someone told me that it was designed by the same man who designed the Sydney Opera House and it is not difficult to see why. In reality the Sydney Opera House was designed by Jřrn Utzon, a Danish architect. 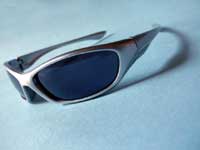 The passion for photography has trickled down to me from my dad and my brother. I think it would be appropriate to sowcase some of my brother's work here. The coming week will have pictures taken by my brother. 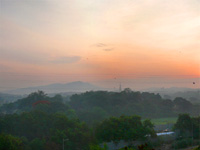 On the last day of the May we had quite a decent rain accompanied by strong winds and lightning. It was quite nice to feel the breeze after a very long spell of extreme heat. Although I enjoyed the rain on that day but I am sure my view of the rains will change pretty soon when the monsoon arrives later this month causing floods and traffic jams. The BMC seems to be prepared for the monsoon this year, they have dug up all the roads in advance. 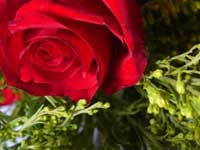 It was Mira's birthday on the 25th of the May.