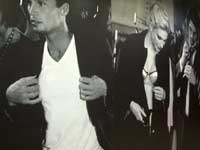 With so many posters of good looking people in the clothes these stores want to sell you, one does start seeing what one wants to see, not what is actually there. I guess in a store like this, we pick a dress, put it on and in the mirror we see the sexy model whose poster was on the wall, not our true self. This was taken outside Lifestyle store in Phoenix Mall, Lower Parel. 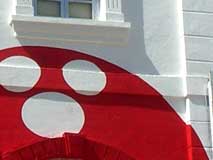 A “0” and then a “1”. This could have been easily called “The Binary Bowling Company”. This is the close up of a part of the image I posted yesterday. I simply love the combination of white and red colours. I guess the "CO" is more striking than any other sign in the Mall, not just because of it's size but for it's simplicty. (Check out the previous shot to see the complete sign). 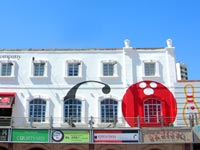 Phoenix Mall is a huge place and not something that can be seen in it's entirety in one day. I have visited it a few times but mostly have gone to the same stores, i guess I will explore it a bit more next time, May be I will go Bowling Company as well. 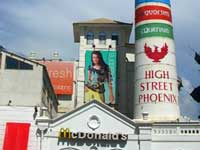 It is kinda weird but in a pleasent way to see old architecture and structures housing modern stores like McDonald's, Barista, Planet M etc. Although I'd like the old structures preserved as they are but since that is impossible, I guess I can live with them being used for other purposes. On the other hand I think they are better like this, very unlikey that I would visit the ruins of a mill. 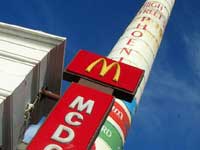 Starting where we left Friday, here is another picture of Bombay. The sign of McDonald's and the chimney of Phoenic Mall. I have seen a mill razed to ground in front of my eyes and a lot more are going that way. I am glad that there are some places that have preserved atleast some part of the mills. Phoenix Mall has retained this chimney and quite a big part of the original structure.

This is the first time I am posting an image that is made of more than one picture. One is the picture of Juhu beach and other is a toy of Manu. Maybe I'll post the picture of the beach seprately as well.

Let me take a break from the pictures of bombay, we will return to than on Monday. Today let me show you the sunset of the longest day of the year. This was take at 7:30:59 pm on the 21st June and it is published in today's Mid-day as well. 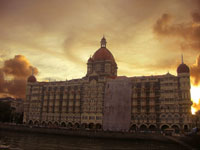 The timing of repairs in Bombay is always at the time of monsoon. The moment rains are about to start, you can see scaffoldings coming up on all buildings waiting to be painted, repaired or replasterd. May I ask what were doing for the past 10 months? Here the Taj Mahal palace hotel also seems to be getting a facelift under this burqua. The processing of the clouds is a little extreme, but I like it. 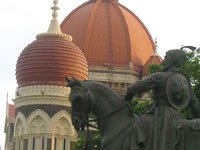 Patriotism for some politicians is changing the names of places. Among other things, there is one railway station, one museum and two airports named after Shivaji and two airports, one business district named after Indira Gandhi. There are plans to install statues of shivaji at Victoria Turminus and inside Gateway of India too. 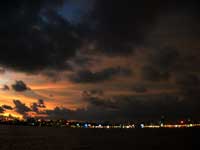 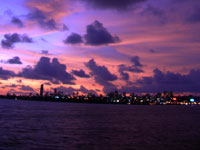 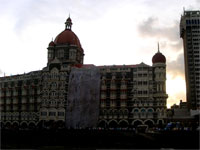 This is Taj Mahal hotel, located in south Mumbai just next to the Gateway of India. Looking at this and various other things related to Tata I get great pride in being associated with the Tata group. I have been to quite a few places in the past one week including Lonavla so you willbe seeing some pictures taken there in the next few days. 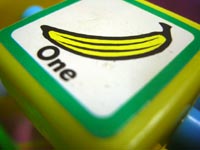 “Do you know how to speall banana”.
“Yes, banananana...I just don't know when to stop.”
Very much like ICICICICI Bank. This is a shot of the same toy I posted yesterday as well. I promised to upload a video of Manu playing with this toy. Here it is, in april and in June. Can't do it. It just takes forever. 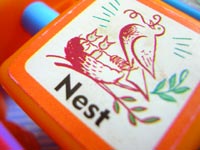 This is a part of a toy teaching alphabet my brother gave to Manu earlier this year. He tends to get bored with things easily but this one is an exception as he keeps returning to it after every few days and still enjoys playing with it. I have shot a video of him playing with it that I will upload of Google video soon. 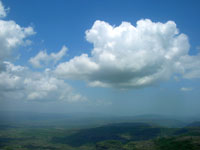 As I mentioned, we went to Lonavla last weekend and the weather was quite pleasent. The clouds were casting shadows and making really nice patterns in the valley. If it had rained, we could have gone to Bushi dam as well which otherwise was a big disappointmen specially for someone who has seen Bhakra dam. I mean get real, the dam is not even as tall as the boundry wall of Tihar jail. 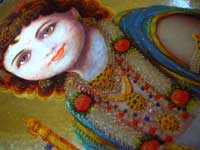 When I left home to come here, my parents gave me two pictures of gods; this picture of Lord Krishna is one of them. It is done really well with liberal use of gold colour. 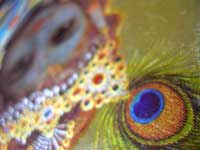 Lord Krishna always wore a peacock feather in his crown as is evident from this shot. Another thing he always had was a flute and Pandit Hari Prasad Chaurasia, the most popular flute player in India plays flute 24 hour non stop on Lord Krishna's birthday. 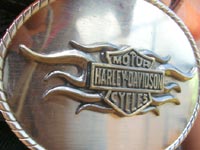 It's one thing people buying your products and quite another to get your brand name tattooed on their bodies. I guess there is no other brand better than Harley to enjoy that kind of loyalty. This is my nephew Bharat's belt. I also have one that I bought from Melbourne. I will post that too some day. 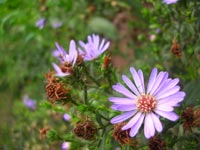 My camera is fixed and I have put it to good use as well during my trip to Lonavla on Saturday. This image was taken at Hiranandani Gardens in Powai. I will soon be posting images from my trip. Keep watching. Read here a detailed account of the trip. 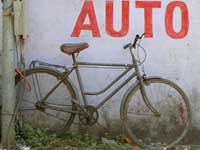 A bicycle locked to a light pole outside an auto garage. This tells the story of Bombay quite aptly. I have thought about buying a bicycle to ride to work quite a few ties but then dropped the idea after thinking about the Bombay roads and it's potholes. I guess it is better to get stuck in the traffic than having blisters on my bum.

Housing is one of the basic needs of humans but I feel that in our quest for that, we have destroyed the city, country and the entire world. Flying over Bombay won't show a lot of green and sometimes I feel that the needs to have some trees around is much larger than having more buildings. 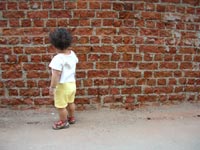 Manu is worried about the boundary wall of our society. It collapsed during the construction next door and he is not sure if it will survive this monsoon. To say more about construction of houses in Bombay, all the hardware shops are selling tar for waterproofing and entire Bombay is out there buying it. 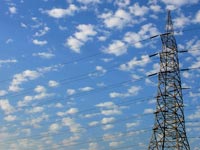 This pole with power cables is in what used to be Fantasy Land. Ever since it is been closed, there are rumors of a shopping center and housing complex coming up there. Wonder where these poles will go when the buildings come up in what probable is the last green part of Bombay. 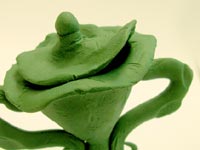 Far and away the best prize that life offers is the chance to work hard at work worth doing.
Theodore Roosevelt
Another clay model by my colleague Chetan. 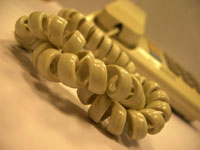 May be it is curling up because of cold as the temprature of AC is set too low or may be it is the cringing at the thought of all those calls on the Monday after a nice weekend or may be it is just a demented cable that feels it is cobra. 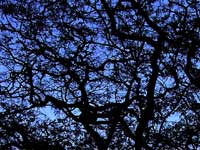 This is a tree in my office compound. The image didn't turn out to be what I was expecting so I cropped a part of it instead of using the entire image. By the way the image posted yesterday is a part of Aarey Colony and the smoke near the water tank is from the firework used either for a shoot or for some party. We do get to see some nice fireworks from here. 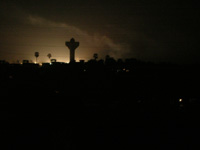 Good news is my camera is fixed, bad news is the custom notified shop told me that they don't have Lumix FZ20 as it has been discontinued. FZ30 is for almost as much as Nikon D50. Now I will have to find another shop that has the FZ20 and can offer me a good deal. Buying a new camera is turning out to be quite an adventure. "Indian Jones and the quest for a perfect camera" 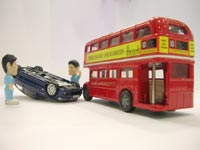 “I am still paying back the loan for this car.” This is one of the last images I took just before my camera died on me. These imahes were taken for one of the project I am working on. It has gone for repairs and the guy has promised an estimate “tommorow” and that tommorow has not come so far :( 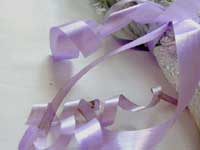 Couple of days ago I posted a picture ofdry roses. This is the ribbon tying them together. Its raining in Bombay and CM Vilasrao Deshmukh is going to Shanghai, Hong Kong and Japan. He wants Bombay to be like Shanghai but currently its more like Venice.

I have not updated my choice of camera so I am still getting suggestions based on my earlier choice Canon S2 IS. After considering the suggestions I got here, I have decided to go for Panasonic Lumix DMC-FZ20. It may not have video as good as Canon but has a hotshoe for flash, option to shoot in TIFF and of course Leica lens. Suggestions are welcome on this.